Very rarely will you have a solely citrus fragrance except perhaps in toiletries or cleaning products as no-one really wants to smell like washing up liquid. Citrus notes such as bergamot, lemon, orange, mandarin and grapefruit, are combined with pettigrain or neroli oil along with other floral or chypre accords. Citrus notes are often referred to as hesperidic accords and are used in perfumery to add bursts of sparkle and freshness to a fragrance. They are frequently used as top note accords in most fragrance types as well as creating the basis of a traditional eau de cologne with the addition of herbal, notes such as thyme, rosemary or tarragon. Due to the similarity in chemical composition of most citrus oils, they blend extremely well with each other in a harmonious way.

Citrus notes make up over 25% of the composition of a traditional eau de cologne and can be extended into transparent floral territory with materials such as Hedione. One of the orignal Eau de Colognes was created in 1709 by Italian Barber Gian Paolo Feminis who sold an aqua mirabilis or miracle water claiming to cure all ills from skin problems to headaches and even strokes. It is well documented as a favourite of Napoleon who it is said consumed  60 half gallon bottles a month and in times of stress consumed a few drops of the cologne on a sugar lump.  Marketed with the help of his nephew under the name Jean Marie Farina the cologne was a huge success and continued to be produced by the Farina family until in 1862 the formula was sold to Roger & Gallet and is still produced today.

Many modern citrus accords use Dihydro Myrcenol which gives a very clean soapy note, especially in masculine perfumery. The popular 90’s unisex fragrance CKOne by Calvin Klein renewed the poularity of fresh scents and uses the addition of a green tea note, hedione and dihydromyrcenol along with the citrus accord. Citrus oils, being top notes do need fixing with other less volatile materials such as musks to increase their longevity on skin. Try blending citrus accords with Oriental bases as used in fragrances such as Shalimar and Angel. 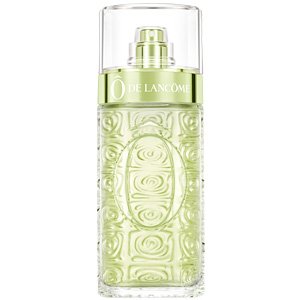