Naturals versus Synthetics in Perfumery

The thing I most often hear from people is that they hate synthetic fragrances and only like natural ingredients – this is followed by a description of their favourites which nine times out of ten are full of non-natural materials.

It’s not the fault of the consumer but the fact that marketing has really confused our noses and minds to the point that we no longer really know what natural smells (or tastes) like. Everything we come across in our daily lives is so tweaked and modified that the separation of natural and manufactured is very blurred. 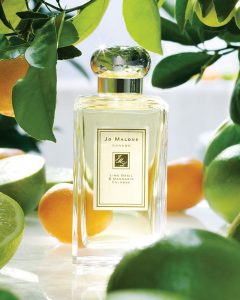 So what goes into the creation of a fragrance?

When we look at the components of a fragrance we are really talking about the concentrate: the aromatic part before it is either added to a product or diluted with perfumer’s alcohol or an oil base. Unless it has been created by a company specialising in all natural fragrances generally the main part of the perfume concentrate (more than 70%) will usually be made up of aromachemicals. There will be some natural materials in the form of distilled or expressed essential oils but the most part will be chemicals isolated either from a natural source or produced by chemical reactions in a laboratory.

If you are intending to create fragrances solely from natural materials then you will have a few limitations that you should be aware of.

Completely natural blends are extremely beautiful in their own right but to compare them to commercial fragrances is unfair.

Due to the complex nature of naturals fragrances containing only these ingredients can be rich and opulent but ultimately quite dense and heavy smelling. If you want a fragrance to last for a reasonable period of time then you are restricted to using large quantities of base notes such as the resins, balsams and woods.

Light sparkling citrus notes do not last well on skin and will disappear in minutes.  Fragrance types that you will be unable to create with only naturals include delicate watery florals, marine/ozone accords and aldehydic fragrances along the lines of Chanel No.5 as these types are reliant on aromachemicals for their effects.

Chypre, Amber and Fougere fragrances are easy to create along with heady florals, although it is unlikely you will be able to buy 100% natural fragrances of this type in the E.U due to restrictions on some of the important materials. This is one of the reasons I decided to teach Natural Perfumery Classes– so people could create their own!

In addition to the creative limitations using solely naturals, there is also the fact that many components of essential oils and absolutes can be skin sensitizers – just because something is natural it doesn’t mean it is safe. It often depends on the dosage and exposure.

I do suggest you become familiar with the regulations as listed on the IFRA website and do your own research to enable you to have a balanced view of materials safety.

In addition to this always make sure you do a patch test with any new fragrance as allergic reactions can occur with any material regardless of whether it is considered an allergen or not.

Other limitations for the use of naturals in the commercial fragrance industry is the variation in supply.  Materials costs and quality can vary hugely with natural materials due to the reliance on climate and soil conditions. Natural disasters and crop failures can cause sudden and dramatic price increases which cause problems for large commercial scale usage.

This is not something that may concern the small artisan perfumer but is something you should be aware of along with the variation in odour that can occur year on year.

It is also worth pointing out here that there may be valid ethical reasons for using a synthetic material in a fragrance over it’s natural counterpart especially in the case of the animal derived ingredients used in perfumery.

Notes of Civet, Musk, Castoreum and Ambergris are extremely important in many types of fragrance structure.

Whilst these would have been taken from their natural source centuries ago in the majority of cases nowadays a synthetic reproduction would be used instead.

We do not know the long term effects of many man made molecules on the human body or the environment as we do in the case of materials which have a long historical use.

What we can do however is produce them under controlled circumstances which enables the industry to create standardised non varying materials to enable consistent reproduction of your favourite fragrance as well as ensuring the materials do not contain know allergens that may be present in naturals.

Contrary to popular belief synthetic materials are extremely regulated with many being restricted and banned over the years due to safety and environmental concerns and biodegradability. Cost is not always a valid reason for the sole use of synthetics as many aromachemicals cost way more than some naturals.

Overall I personally believe that there is room for both naturals and synthetics in perfumery – its all down to personal choice.

When learning how to make perfume I always suggest people start with naturals first and then decide whether or not to explore synthetics later.

If you’re just dipping your toe in the water of perfumery or have attempted to make a natural perfume but struggled to make it work, why not join my beginners How To Make A Natural Perfume Masterclass